Colorado Straw Bale Association (COSBA) began in 2000 to address the growing need for public understanding of straw-bale construction in Colorado and the surrounding region.  We have held education workshops and annual conferences throughout the state that include keynote speakers, panel discussions, and local straw-built home tours.  In 2012, COSBA hosted the extremely successful International Straw Building Conference in Estes Park, CO.

With the continuing growth of natural building, COSBA decided that 2019 was the year to grow as well.  In an effort to include all natural building techniques and to encompass a larger geographical range, we decided to rename our organization to the Natural Building Alliance (NBA).  With our expansion, we will continue to advocate for the benefits of straw bale construction.  Additionally, we will also be advocating for all natural building techniques.  Whether, compressed earth block, hempcrete, light straw clay, cob, or any other natural materials-based construction technique, NBA will be at the center of providing education and hands-on experience to the public.  Although Colorado has been our region of focus until this year, NBA will be a voice for not only Colorado but for all of the inter-mountain states and beyond. 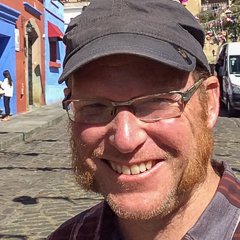 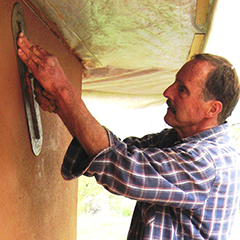 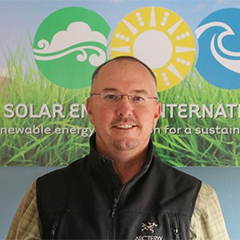 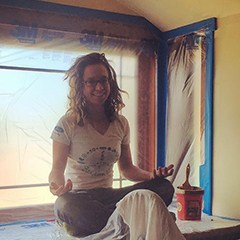 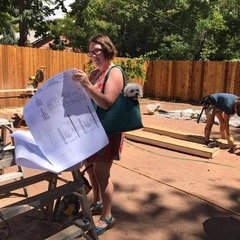 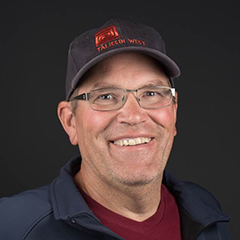 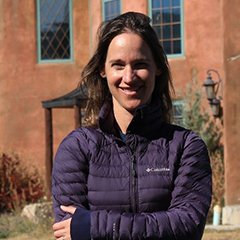 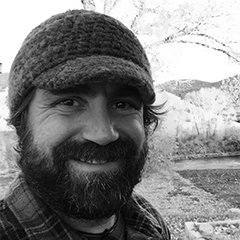 Ian has been on the NBA (COSBA) Board since 2005 and was named Interim Director in 2016, and then Director in 2018.  He grew up landscaping and harvesting hay with the family business back east, then came to CU Boulder for an engineering degree.  After graduating in 2002, he served as a team member on one of the very first Engineers Without Borders projects in Haiti, and found a job in the natural building world that he quickly fell in love with.  Ian has been a licensed engineer since 2008 and a husband since 2011, when he and his wife spent part of their honeymoon studying earthen arches in Auroville, India.  Ian, his wife and their daughter have recently built a strawbale house in Boulder, CO.

Mark was raised in the Midwest, schooled in Ohio at the University of Dayton and paid for his schooling pouring concrete in the summers. He stuck with the concrete after moving to Colorado in ’73 and began a successful flatwork business in Boulder in ’82, selling the business in ’04. Natural building became a focus in ’99 and after his retirement became Executive Director of the Colorado Straw Bale Association 2003-2006. With COSBA Mark had an opportunity to work with Engineers Without Borders, train/teach Natural Building practices to students at the University of Colorado and trained indigenous people on several reservations throughout the western US and Mexico. Mark is now an avid gardener and can often be seen fly-fishing the many streams in Colorado. He is retired now and living in the straw bale and earthen plaster home he built north of Boulder.

Natural building and renewable energy have been at the forefront of Jeff’s career for more than 23 years (as of 2019).  Jeff has been in the construction trades his entire adult life and even as far back to his high school days when he worked on his father’s construction sites.

Jeff was one of the founders of StrawCrafters, a design-build construction company in Boulder, Colorado that made a huge regional impact on bale construction in the late 90’s.  Jeff has been a licensed Professional Engineer since 1998 and has had a consulting business called Odisea since early 2000.  He acted as a general contractor on a dozen straw bale homes in the rocky mountain region and also as a sub-contractor building bale walls for contractors and owner-builders in the early 2000’s.  In 2006 he was the general contractor on the largest bale building in the U.S. at the time near Carbondale, CO (20,000+ sf).  He has contributed to bale wall code development and performed structural testing of bale walls, contributing a small block of work that advanced bale-building as a more acceptable building technology.  He is currently collaborating on a book about bale wall framing with a few close friends, which he hopes to eventually finish.

Jeff edited and published The Last Straw, the International Journal of Straw Bale and Natural Building from 2013 to 2016.

Jeff currently works part-time as CEO of SEI Professional Services (SEIPS), a for profit engineering spin-off of Solar Energy International.  SEIPS designs, inspects and commissions solar projects around the world from residential to utility scale.  SEIPS was named the 38th largest solar company in the U.S. in 2017 by Solar Power World through it’s participating on over 72 MW of solar projects during that year.  Being able to contribute to the “solarization” of the world on such a large scale is extremely exciting and makes for a very rewarding balance of projects and work-flow in Jeff’s professional life.

Spending time on the river with his family on a raft with or without a fishing rod in-hand, skiing, biking and generally being outdoors with friends and family all contribute greatly to Jeff’s happiness and sanity.

Coming from a lineage of builders, with a grandfather who started his own home building company in Florida, Cheryl had an early education in carpentry and tool use from her father. After a degree in Environmental Science sparked her passion for finding the best way to make the world healthier and to live more sustainably, she headed to Moab to work on an organic vegetable farm. While there, she discovered natural building, and got started in the construction industry, interning with Community Rebuilds and building her first straw bale home for a low income family in 2010. She followed this up with a six week Adobe and Earthen Building course in Nicaragua in 2014. Returning to Colorado, she worked briefly for Artesano plaster, plastering a straw bale home and meeting her business partners with whom she would eventually found Living Craft Design Build. Living Craft aims to meet the needs of urban homeowners and businesses in the Front Range of Colorado, providing low carbon and natural solutions while incorporating advances from modern building science. Cheryl joined the board of the Colorado Straw Bale Association, now the Natural Building Alliance, in 2016. She has also been an active member of Common Earth since 2014.

Mark Jensen has spent the last two decades building and teaching others the ins and outs of straw bale construction, healthy building material choices, and renewable energy options. He worked as the Construction Program Director for the nonprofit Red Feather Development Group for nine years on Indian Reservations throughout the west; teaching volunteers and tribal members every step of construction as they built a home for a local tribal family. Mark’s ability to teach others has also taken him to Kenya and most recently Nepal to teach straw bale construction as a form of safe, healthy and affordable housing.

It is very important for Mark to continue to give back to the communities that are an integral part of his life and that have given him so much. Annually Mark makes several pro bono trips to reservations in the west offering up his skills to better other people’s living conditions. Mark recently served on the Board of Directors for US Green Building Council’s Montana Chapter.

Lisa Morey is a professional engineer and architectural designer with over 16 years of experience in management, design, and construction, with a background in adobe brick construction. She is an author of “Adobe Homes for all Climates”, a book on how to build with adobe bricks.  Lisa also holds a patent on an innovative building system that incorporates reinforcement and scaffolding into the adobe brick wall system.

Currently Lisa is Co-Founder of Colorado Earth LLC, based in Golden, Colorado.  Colorado Earth manufacturers compressed earth blocks and adobe bricks, carries out design and engineering services, and constructs earthen walls.  Lisa is dedicated to the promotion and realization of natural building.

Timbo celebrates modest materials, energy efficiency, and finely-crafted details.  He has a relentless passion for simple design and alternative construction methods juxtaposed against modern aesthetics and utilitarian amenities.  In 2002, he founded Solarwise – Design/Build and has been specializing in the design and building of straw bale structures.  Recently, he has become a Certified Passive House Tradesperson.

As a conference attendee, member, workshop host or now board member, Timbo has been involved with the Colorado Straw Bale Association (COSBA) for over fifteen years.  With the broadening of COSBA’s mission beyond Colorado and including all natural building techniques, Timbo is proud to be part of the new Natural Building Alliance.